In late spring rhubarb gradually moves from the forced season to the outdoor season, and with the lack of other local seasonal produce it is worth exploring different ways to use this versatile and colourful vegetable.

Although best known for its use in sweet crumbles and fools, rhubarb is actually a vegetable, and works as well in savoury dishes and drinks as on the dessert table.

British rhubarb is cultivated in two different ways and has two different seasons. Forced rhubarb involves growing rhubarb without light and takes place between Christmas and Easter. This encourages early growth and produces thin, tender pink stalks which are considered by many to be sweeter and more tender than garden-grown rhubarb.

Garden-grown rhubarb – when the plant ripens naturally in full sunlight – is at its best between April and September. These varieties tend to be greener and with a more robust flavour but can get stringy if left on the plant for too long.

Both forced and garden-grown varieties of rhubarb can be used interchangeably in the kitchen.  Rhubarb leaves contain poisonous oxalic acid and should never be eaten.

To prepare, chop off the leaves and discard. Wash and stems and top and tail. Most recipes call for the stems to be cut into small pieces. Only over-grown and stringy garden-grown varieties may need peeling.

Rhubarb is easily frozen – cut blemish free stems into roughly 2.5cm pieces and put into large plastic bags. If you want to maintain their colour and freeze for longer than three months it is best to wash the stems, blanch them first – cook in a pan of boiling water for a minute then plunge into ice-cold water before drying and freezing in bags.

Although most often used in sweet dishes – often with vanilla, orange and ginger – rhubarb is a perfect accompaniment to savoury dishes. As a pickle or a ketchup it compliments oily fish and fatty meats, and can also be found on a cheese board.

Rhubarb can also be a colourful and sweet addition to your drinks cabinet. Rhubarb cordial makes a refreshing spring drink when diluted with sparkling water or can also be used as a base for a shimmering bellini when combined with prosecco. 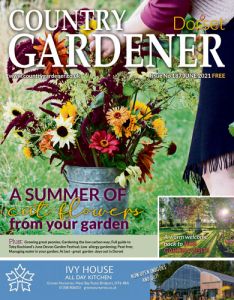