I have a number of small raised beds and I have always believed in the principle of crop rotation but I understand now there is a view it is not vital and a not a cure all for problems?

Organic matter and how to use it, crop rotation and replacing soft fruit are all high on the list of questions from our readers’ postbag this month.

It is true opinions are changing. In crop rotation, specific groups of vegetables are grown on a different part of the plot or in different beds each year. This theory is technically sound, as by doing so the pests and diseases specific to crops tend to decline when their host plants are absent. In reality, this only slows down but does not prevent the build up of damaging diseases such as club root of brassicas, onion white rot and pests such as potato cyst nematode. The resting stages of soil borne pests and diseases may survive longer than the three or four years of crop rotation which makes moving them around pointless and the other point is many pests and diseases spread in the air and not exclusively in the soil. So, it is true the argument is building amongst gardeners about the importance of crop rotation. There are two main choices; move crops as best you can leaving as much time as you can between similar crops or grow crops in the same place until pest and disease problems arise and then move to a new spot. RHS Garden Wisley is continually looking at researching this subject and is due to produce its latest findings next year.

I keep reading in gardening magazines of the importance of adding organic matter and I am not entirely sure what the sources of this are?

Leafmould and composted bark help with soil structure but are low in nutrients and the impact on soil quality can be marginal.

Home made compost is versatile but usually demand exceeds supply so is rarely the complete solution.

Well-rotted farmyard manure is an excellent soil conditioner and as with spent mushroom compost manure tends to have a high (alkaline) PH.

Composed bracken is acidic but is often mixed with manure which increases its pH.

Can I grow trees from nuts? As I walk around the village I pick up hazelnuts, sweet chestnut and walnuts and wonder if they can have a role to play in my garden.

The answer is yes of course you can grow them on but beware there is a space issue involved here.  Certain trees, like walnuts and horse chestnuts, will need a considerable amount of space, but almonds, macadamias and pistachios will happily grow in an average-sized garden. All hardy nuts need cold temperatures (stratification) for between ten to twelve weeks before germinating successfully. This ensures the seed germinates in spring after winter has passed. Hardy nuts include hazel, sweet chestnut, walnut, acorns and horse chestnut. The best option is to stratify the nuts artificially by putting them in a plastic bag and placing in the refrigerator for three months. Then plant the seeds in spring. Most nuts develop a long deep taproot so they do not want to be kept in pots for too long and will soon need room to grow. It isn’t too difficult to get the trees to start rooting. The problem comes however when you need to plant them out and this is where the size issues comes in. The final point to remember is that most nut trees will take seven or eight years to produce nuts of their own.

When my indoor flowering bulbs have finished with their display can I keep them to flower again?

Daffodil and hyacinth bulbs forced to flower at Christmas and perhaps given as presents are often discarded wrongly and wastefully. Yet they can, of course, be kept and planted in the garden to flower again although you may have to be patient as it may take a couple of years for the bulbs to build up their strength to reflower well. If you decide to keep the bulbs, remove old flower spikes after flowering but retain the leaves. This encourages plants to fatten up their bulbs. Place on a cool, sunny windowsill over winter and keep the soil moist but no more. Popular and fragrant narcissi are best discarded, as they can be difficult to tempt back to reflower. Hippeastrum will reflower quite easily the following year using the same methods.

While are talking about indoor growing remember that when light levels are at their lowest moving house plants into brighter positions such as closer to a sunny window will make a dramatic difference to their health.

Is there a definite cycle for fruit trees as my yield of soft fruits has been declining and I get the feeling I should replace them but I don’t know if I am being unkind and should let the existing fruit trees battle on?

Many readers have been asking about this and the answer is that when yields of soft fruit start to decline noticeably it is often better to replace rather than to try and get them to keep going for another season or two. Generally strawberries are productive for only three or four years and then the crop will decline or disappear. Raspberries, currants and gooseberries will keep going for about ten years and blackberries and hybrid berries beyond 15 years. If you are replacing soft fruit ideally replace on a new site. If this isn’t possible then it is important to dig out as much of the old root as possible. For currants and cane fruits replace the topsoil to a depth of at least 18 inches. Many soft fruits are prone to diseases if they are in soil which is poorly drained so here it is best to add as much organic matter as possible. 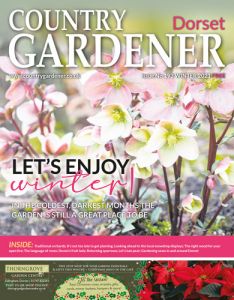