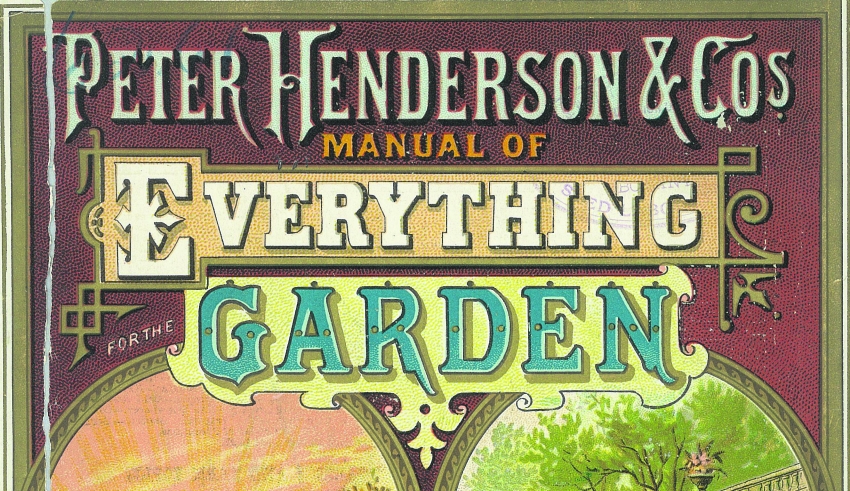 Arsenic, strychnine and nicotine were just some of the poisons used by Victorian gardeners who thought nothing of using them to keep pesky insects off their cabbages and flowering plants

What we would certainly consider to be poisons, not to be used, were commonplace in Victorian times. Opium, in the form of laudanum, was a universal painkiller, while arsenic was even used as a cosmetic to lighten the skin and if you had toothache you could buy cocaine tablets!

Strychnine and cyanide were readily available and used in many ways. Cyanide was everywhere, used in paints and wallpapers. Strychnine was widely used a pesticide to keep rodents and other pests under control in large cities.

It’s no wonder that gardeners then thought nothing of using mercury, arsenic and other hazardous substances to keep insect pests at bay.

Nicotine was the favourite insecticide, proven to work to kill off aphids and other unwanted insects, and tobacco plants were grown in domestic gardens. The Victorian gardeners made tobacco water by dissolving a pound of tobacco in four gallons of water to which a quarter of a pound of soft soap was added.

Although there were an increasing number of patented fumigator containers the most basic and often used method was just to make a hole in an old flower pot, put some coal in and paper impregnated with tobacco water, light it and using a pair of bellows slowly blow the fumes over plants. This was particularly recommended to deal with aphids on apples.

Sometimes a tent was made of flimsy cloth to stop the fumes escaping too quickly. What about the effects on the gardeners? Nicotine liquid is poisonous – and left around, animals might drink it and children might get hold of it.

Flowers of sulphur were used in the same way as a fungicide. The bellows used with this were called sulphurers.

Gardeners also used phosphorous paste to poison cockroaches, and to kill rats they put arsenic into roasted apples or boiled potatoes and left them out. Pity the poor dogs and other animals that were around.

Bordeaux mixture originally from France as its name implies and was formulated to use on grape vines, was a mixture of copper and slaked lime and was considered especially effective against potato blight. An alternative was carbonate of copper mixed with ammonia or iron sulphate with sulphuric acid.

Quassia, a South American wood, was chipped and steeped in water then the liquid used in a syringe. Ashes, soot (also used as a fertiliser), dung, soap suds, soft soap and petroleum jelly, cart grease, train oil – all were in the array of Victorian gardeners’ weaponry against pests in the home garden and market garden.

By 1859 Gishurst Compound had been patented and was being advertised in the bestselling gardening magazine Gardeners’ Chronicle. Gardeners were instructed to use 2oz to a gallon of water to rid roses and greenhouse plants by spraying or sponging by hand, to get rid of greenfly, red spider, aphids, mealy bug and thrips. But customers were advised not to make the solution too strong.

It was sold well into the 20th century, finally superseded by synthetic pesticides which had begun to be produced during World War II. Suttons, the seed company, were still offering it in the early 1950s but by the time the product had been selling for 100 years it had disappeared from the catalogues. It had been one of the most successful of the old pesticides.

Rhubarb water was made from rhubarb leaves boiled in water, then strained and sprayed on to the foliage of pot plants to get rid of greenfly. Aphis brushes came in different designs, one of the most common resembling a pair of scissors with a small soft-bristled brush on the end of each blade, and brushed over foliage.

Carnivorous plants, especially Sarracenias helped Victorian gardeners keep down the insect pests – but could also trap beneficial insects, even bees. Dionaea, better known as Venus fly traps, which had long fascinated 19th century botanists, were often used. At first it was thought that the liquid formed inside the plant which killed the insects came from the prey as it decomposed, but from a series of experiments (including feeding bits of raw meat to the plants!) it was concluded that the fluid came from the plant itself and it acted like gastric juice. Various experiments included those done by Charles Darwin, whose book Insectivorous Plants published in 1875 detailed his findings.

Gardening was not only a male preserve in the 19th century. There had always been the labouring weeding women who were paid a pittance, and this work was very like field work, which they also did. But it became fashionable for middle class ladies to take up gardening, urged on by writers such as Jane Loudon, the wife of the celebrated horticultural writer and editor John Claudius Loudon.

To reach this new market, lighter gardening tools were produced that included those used for treating plants with pesticides. Advertisements of the times show such useful tools as a ‘Ladies’ Floral Syringe’ to be used in ferns and the popular window cases that were small greenhouses and became popular adornments of Victorian sitting rooms. The syringe was made of brass with a polished rosewood handle and fine holes to spray the plants, and came in various sizes.

Outside, in the kitchen garden, the male gardener could use a powerful Hydronette, which relied on manually pumping pressure and revolutionised the watering and washing down of plants and one of the special liquids made from steeping plants could be used.

We are amazed that the Victorians used lethal chemicals, but then DDT was used for decades before it was realised how much environmental damage had been caused. DDT, a chlorine-based pesticide, had been synthesised in 1874; its insecticidal action was discovered in 1939 and in World War II was very effective in treating malaria and typhus. It became widely used in agriculture as an insecticide but Rachel Carson’s famous book Silent Spring which was published in 1962 made alarm bells ring.

In it she advocated that society should take a much more careful approach to the use of chemicals when long term effects were not fully understood. She claimed that DDT was causing cancer and was a threat to wildlife, especially birds. The book caused an outcry and ten years later DDT was banned in the USA, with a world-wide ban following, although there is still some controversial, limited, use of DDT because of its effectiveness in reducing malarial infections.

Pyrethrum is made from the dried flower heads of Chrysanthemum cinerariifolium and Chrysanthemum coccineum and is a traditional natural insecticide that has been used universally for centuries, still used in organic agriculture, with synthetically produced pyrethroids based on the natural plant. But there are drawbacks – it can cause skin complaints, sneezing, a runny nose and asthma. The best way to use it in gardening is to use chrysanthemums as a companion plant near vegetables, as it will repel pest insects from nearby crops and ornamental plants.