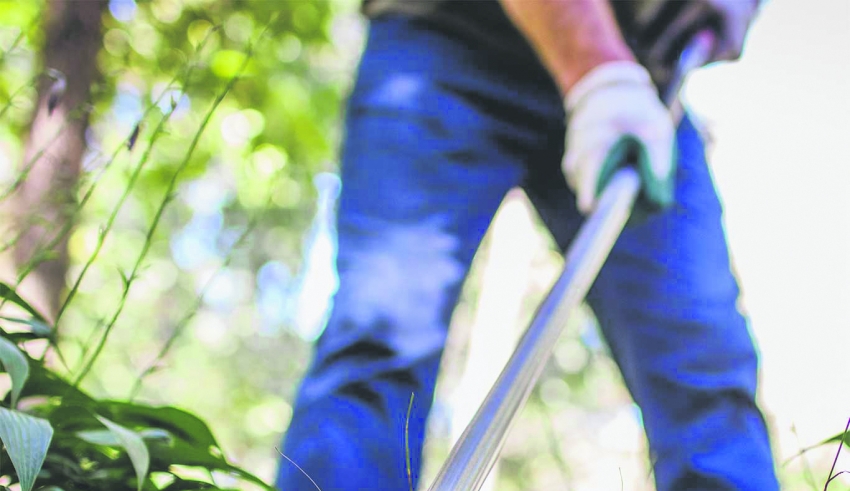 At this time of year if you were to log every hour spent in your garden, you would probably find that you do an inordinate amount of weeding. And while the first few weeks of tearing up these intruders can prove mildly satisfying, the task soon wears thin.

Weeds are nature’s healing remedy for sites that are in a wounded, plantless state, but weeds and gardeners have different ideas of what makes for a good recovery. Armed with a better understanding of weeds, you can win every future skirmish with them, giving you more time for more worthwhile tasks.

Every square inch of your garden contains weed seeds, but only those in the top inch or two of soil get enough light to trigger germination. Digging and cultivating brings hidden weed seeds to the surface, so assume weed seeds are there ready to erupt, like ants from an upset anthill, every time you open a patch of ground. Dig only when you need to and immediately salve the disturbed spot with plants or mulch.

Mulch benefits plants by keeping the soil cool and moist and depriving weeds of light.

Some light passes through chunky mulches, and often you will discover—too late—that the mulch you used was laced with weed seeds. It’s important to replenish the mulch as needed to keep it about two inches deep (more than three inches deep can deprive soil of oxygen). In any case, you can set weeds way back by covering the soil’s surface with a light-blocking sheet of cardboard, newspaper, or biode¬gradable fabric and then spreading prettier mulch over it.

Weed when the weeding’s good

The old saying ‘Pull when wet; hoe when dry’ is wise advice when facing down weeds. After a drenching rain, plan a rewarding weeding session with gloves, a sitting pad, and a wheelbarrow. As you head out the door, slip an old table fork into your back pocket because there’s nothing better for twisting out tendrils of deep rooted leaves.

Under dry conditions, weeds sliced off just below the soil line promptly shrivel up and die, especially if your hoe has a sharp edge. In mulched beds, use an old steak knife to sever weeds from their roots, then patch any open spaces left in the mulch.

Lop off their heads

When you can’t remove weeds, the next best thing is to chop off their heads. With annual weeds, dead¬heading buys you a few weeks of time before the weed ‘seed rain’ begins. Cutting back the tops of perennial weeds, like bindweed, reduces reseeding and forces them to use up food reserves and exhaust their supply of root buds, thus limiting their spread.

No matter which method you choose, chopping down weeds before they go to seed will help keep them from spreading.

Mind the gaps between plants

Close plant spacing chokes out emerging weeds by shading the soil between plants. You can prevent weed-friendly gaps from the get-go by designing with mass plantings or in drifts of closely spaced plants rather than with polka dots of widely scattered ones.

Water the plants you want, not the weeds you’ve got

Make sure you deprive weeds of water. Placing drip or soaker hoses beneath mulch efficiently irrigates plants while leaving nearby weeds thirsty. In most climates, depriving weeds of water reduces weed-seed germination by 50 to 70 per cent. Watch out, though, for the appearance of deeply rooted perennial weeds, such as bindweed in areas that are kept moist.

Enrich your soil with organic matter every chance you get. Soil scientists aren’t sure how it works, but fewer weed seeds germinate in soil that contains fresh infusions of good compost or organic matter. One theory makes elegantly simple sense: When soil is healthy and well fed, weed seeds sense that they are out of a job and are less likely to appear.