Country Gardener reader Lisa Bowden finally got round last year to moon planting after years of thinking it might make her a laughing stock – and she’s still not sure if there’s anything in it!

Have you ever thought about gardening by the phases of the moon? I had been meaning to try moon gardening for some time, but I held back thinking my fellow gardeners would ridicule me.

It doesn’t work does it? There’s no proof to suggest it does.

But thanks to the encouragement and guidance of a friend on the plot – I think I’ve mastered the rudimentary principles.

I hope I did it right. I have never spend so much time looking at a calendar and trying to get the dates right.

In a nutshell, people who garden by the phases of the moon believe that its gravitational pull on the earth’s water (i.e. tides), has a bearing on plant growth.

They never plant anything when the moon is waning in the last quarter because it’s believed that the earth’s water table is receding. After the new moon, the water table rises again and planting can resume. Farmers on the continent have been using moon phases to guide them for years, as indeed have many gardeners in the UK.

You don’t need to spend money on any special equipment. My friend directed me towards lunarium.co.uk, from which you can print out universal lunar calendars for free.

Plant leafy crops in period one, fruit crops in period two, root crops and perennials in period three, and take a break in period four (do housework, hoeing, pruning, making raised beds. Don’t plant anything unless you would like to limit its size).

If you have a calendar showing the phases of the moon, you can work out when these different periods fall and mark the type of crop they correspond to. If you want to go one step further, you can fine-tune your calendar.  Although we associate the 12 zodiac signs with particular months, each calendar month is also broken down into astrological signs.

Each sign has a type of crop associated with it:

So  this year there’s a New Moon on February 26th, March 28th and April 26th. So I’ll wait for two days after the New Moon then in each month there will be 10 or twelve days when I can get sowing and planting.

These are the perfect days I’ll gear my planting to I use leafy crops as an example, these will be planted in period one. When this coincides with the moon in Cancer, Scorpio or Pisces, this is deemed even better. These ‘leaf’ signs will make this the optimum time.

So what do I think so far? Last year I had the best crops for about three years. Was it coincidence – probably? Am I going to persevere-yes because it would be sod’s law if it really was working and I gave up on it. And that’s the trouble .How am I supposed to make up my mind whether I am making use of the mystical and powerful forces of the moon or its just superstition.

Have a go and try it for yourself. At worst you will do no harm, at best, you might find that you are on to something that will increase your yield and your enjoyment of your garden.

Getting to know the moon

The moon has four ‘phases’ or ‘quarters’ – each last about seven  days.  In the first two quarters, the ‘new’ dark moon you see gets bigger and more visible. This is known as the ‘waxing’ phase. You see an increase in light until the full moon is visible.  The third and fourth quarters are after the full moon. This is when the light begins to ‘wane’ or decrease. Then the cycle starts again. The amount of moonlight at different times also influences the growth of plants. As the moonlight increases (new moon and second quarter), this stimulates leaf growth.

After the full moon, the moonlight decreases, putting energy into the plant roots. At this time, the above ground leaf growth slows down.  So this becomes a favourable time to plant your root crops and bulbs, because of the active root growth. 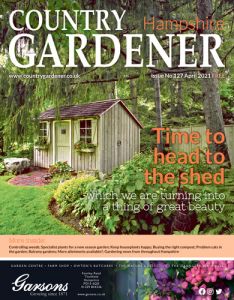